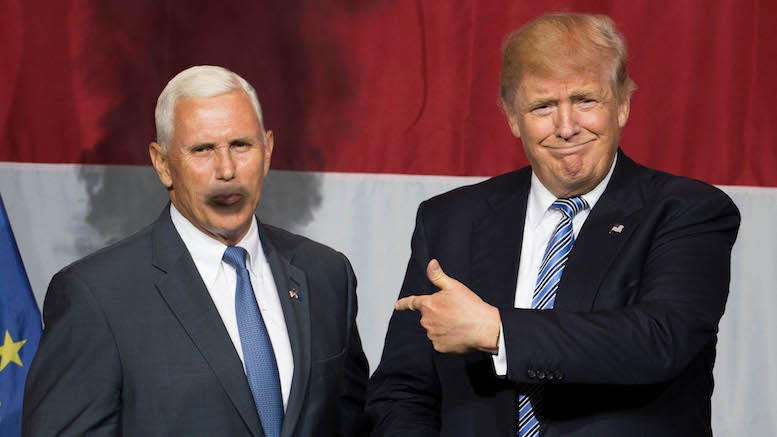 In a stunning act of loyalty to President Trump and his agenda, Mike Pence has converted himself to run on coal instead of the protein, fats and carbohydrates he has been subsisting on for all of his life until now.

Observers say this is further evidence that Pence is committed to this administration, contrary to a report in the New York Times suggesting he was positioning himself for his own run at the top job in 2020.

Trump was said to be greatly pleased by the gesture, and plans to use it as an excuse to return yet again to West Virginia where he enjoys being received by adoring crowds.

In addition to a rally hosted by the President, citizens will be able to witness Vice President Pence feed off the coal face of the Leer Mining Complex in Taylor County.

This is not the first a Vice President has had his power source changed for political purposes. In 1999 then Vice President Al Gore chose to convert himself to a fully electric model. However it did not prove popular with voters, though some political analysts say Gore was simply ahead of his time.

Particularly unhappy at the time was wife Tipper Gore, who did not care for her new silent-running husband.

“It was just plain creepy.”