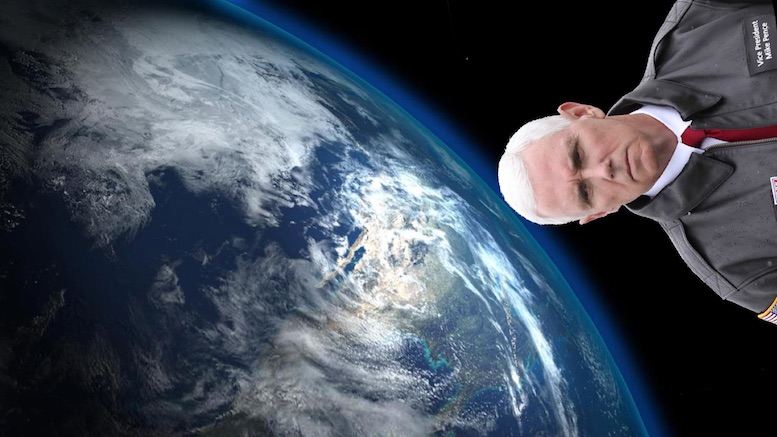 Vice President Mike Pence has been sent to the exosphere by the Trump administration to send a stern warning to the climate to stop continuing down the dangerous path it has embarked on. Commentators note this is part of an evolving style President Trump is using to confront the threats facing the United States.

“This is taken straight out of his Korea playbook.”

Unlike previous administrations, Trump is playing hardball with the climate, refusing to adopt the soft-peddle approach of his predecessors.

“For decades we’ve been letting the climate call the shots as we impose regulations on ourselves and curb our behavior according to its wishes. Well no more!”

Many are crediting Trump for calling time on the climates antics by simply refusing to accept that it will change when push comes to shove.

“Finally we have a President who’s calling the climate’s bluff, just like President Reagan did with the Soviet Union in the 1980s – successfully, I might add.”