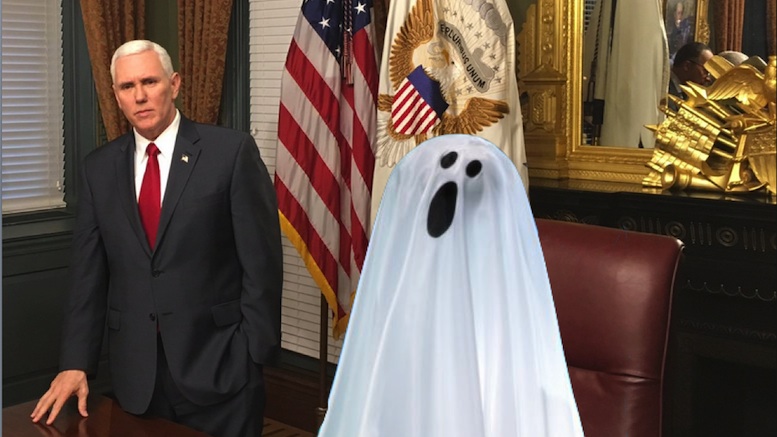 “I need to know that this ghost is male, otherwise I can not be here.”

Confused staffers at first didn’t understand the problem, until they were informed Pence will not be alone in a room with anything remotely female.

“Apparently his mother would not approve or something?”

Pence was said to be especially disturbed by the open-mouth expression on the ghost, which he said reminds him of sin.

“It’s meant to be scary, but whatever – Veep sure is wierd!”

They attempted to explain that the cheap dollar store ghost was neither male nor female, which only made the Vice President even more upset.

“He kept saying there’s no such thing as a non-binary.”