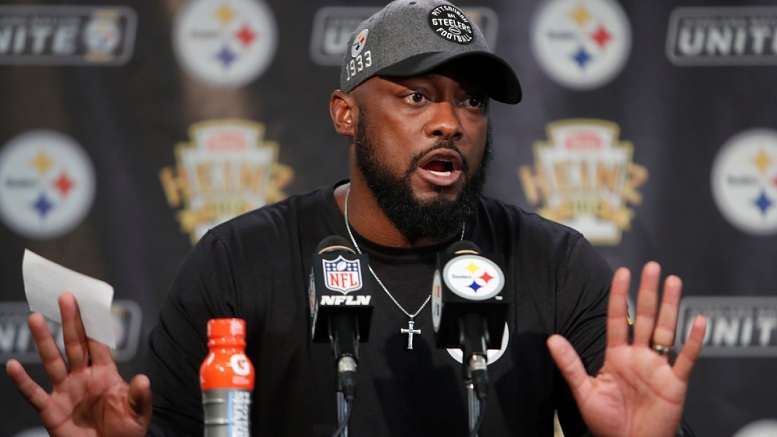 The 2020 NFL football season was thrown into chaos today, after Pittsburgh Steelers coach Mike Tomlin accused the league of being susceptible to widespread fraud. Speaking on 93.7 FM The Fan radio, Tomlin said there was only one way to ensure the integrity of the process of determining which franchise is the best.

“We need to stop having games right now and declare a Superbowl Winner.”

As things stand, that would currently be the Steelers – currently the only team left with a perfect record that stands at 10-0. Facing accusations that he was himself trying to steal the Superbowl out of a fear his team would ‘blow it in the playoffs as usual’, Tomlin appeared to modify his position at first. But others read it as a defiant call for the Steeler Nation to rise up.

“Of course all legal games must be counted – and by legal games I mean precisely those games that have already been played, and not any of these future illegal fixtures that will be subject to all manner of malfeasances including foreign interference.”

The growing controversy is posing yet another headache for Pittsburgh Mayor Bill Peduto, as he must contend with the prospect of tens of thousands of Steeler fans protesting against any attempt to continue playing football. He worries the situation could rapidly deteriorate.

“It’s a given that Browns and Ravens fans will descend upon us to counter-protest. Should Antonio Brown turn up too who knows where we’ll end up?”

Tweets by leading Steelers suggesting that the season will continue well into 2021 or even 2020 with more and more games being added until Tom Brady wins were flagged by Twitter as false information. However the most recent tweet by Tomlin held little indication he was giving up his battle to declare Pittsburgh the Superbowl LV champions even though it’s only November.

“Steelers won fair and square by huge margins but the lying NFL won’t concede. No football team has ever been treated so badly. Sad!”

13 Comments on "Mike Tomlin Demands The NFL Stop The Count: “The Steelers won this season – by a lot!”"