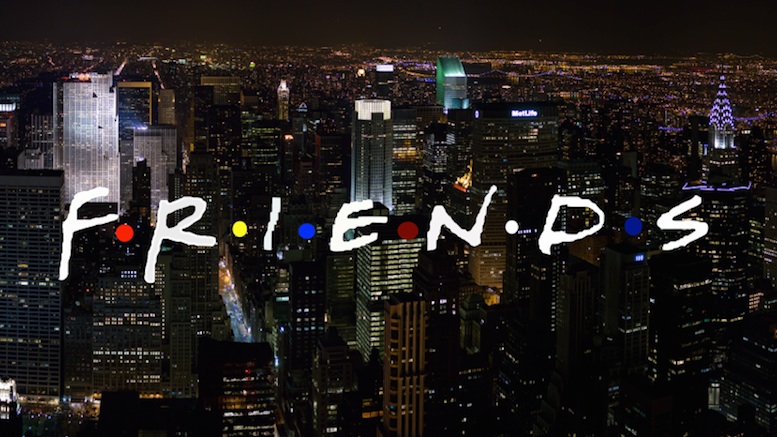 NBC has been expecting a huge syndication payday with the wave of millenials born in 1990s entering their twenty-something years, as it was assumed they would eagerly devour reruns of the iconic sitcom Friends. However, it is not resonating with them, and not, as executives first thought, because of its lack of diversity.

“HBO and Lena Dunham proved there is still plenty of life left in the whitebread format with Girls, so it’s not that.”

Further market research revealed that the stumbling block is that millennial twenty-somethings can’t relate to the life circumstances of Rachel, Chandler, Phoebe, Joey, Ross, and Monica. This was a typical complaint:

“A group of six friends in their mid-to-late twenties and not one of them has had to move back in with their parents? It seems a bit far fetched.”

Though they had no difficulty adjusting to answering machines and the lack of mobile phones, they couldn’t understand why the characters never talked about their crushing student debt.

“They had college in the nineties, didn’t they?”

The characters’ jobs also proved confusing, especially when it came to Ross, who was an academic with a PhD.

“He doesn’t behave anything like an overworked underpaid adjunct faculty member. Is that because David Schwimmer can’t act, or it is the writer’s fault, or both?”

One character whom the millennials do find somewhat relatable is Joey, played by Matt LeBlanc. Being an aspiring actor who is not very talented, he (Joey) finds himself chasing one low paying job after another with a sense of uncertainty forever hanging over his head.

“As a graduate with a perfect 4.0 GPA, I can certainly relate to that.”