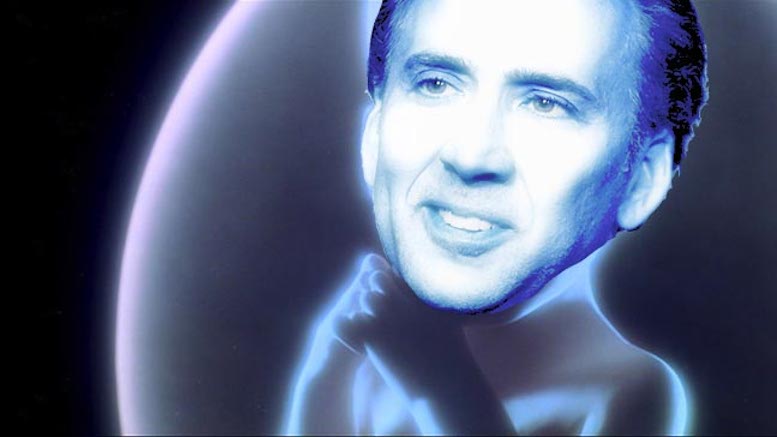 [via Science Magazine] For centuries humankind has stood captivated by the many wonders of our universe, ranging from the magnificence of the Milky Way on a moonless night, to the delicate intricacies of a sunflower.

But perhaps nothing belies the wondrous power of evolutionary time – that has turned a hot mix of plasma into the Shakespearean tragedies – as the recent singular event of Nicolas Cage calming down a member of Mötley Crüe over an altercation with a fan.

Astrophysicist Neil deGrasse Tyson admitted that this epochal event vastly overshadowed the recent discovery of supermassive black holes that he had reported on only days earlier.

“Sure that was a big deal. But it pales in cosmological significance compared to the occasion of Nicholas Cage colliding with that other celestial body known as Vince Neil in such a dramatic fashion.”

Indeed the mere fact that 75kg of simple space dust could have coalesced into Nicholas Cage and his film career has long been mindblowing to PhD students of physics on the largest scale.

“Truly our universe is full of marvels that we can barely begin to comprehend.”

Not all are united in believing that this is a manifestation of the awesome power of the undirected forces described by the Standard Model and Darwin’s seminal theory. Many choose to instead believe that something so fantastical as Nick Cage’s movie career can only be ascribed to metaphysical origin.

“Even if the complexity of the human eye doesn’t convince you of the Divine Being, the fact that Ghost Rider got made must surely be evidence that there is a God, albeit one with highly questionable taste.”