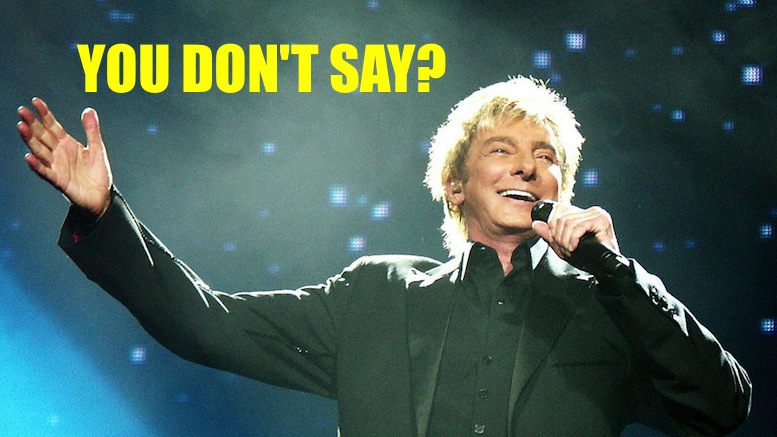 Affable crooner Barry Manilow has revealed he is gay in an interview in People Magazine that caused jaws everywhere to remain firmly in position as people wished him well.

Across the country, glasses remained snugly in everyone’s hands and only a few people snorted their drinks, though only because they had coincidently heard some local gossip not worth repeating here.

Eyes remained as open after the revelation as they were beforehand, and hospitals reported no increased incidence of hearts stopping.

People who were standing up coped just as well as people who happened to be sitting down when word came through that Barry Manilow liked men.

Update: There was one case of genuine surprise at the news, but it turned out the person had misheard and thought that late singer Barry White had posthumously come out of the closet.