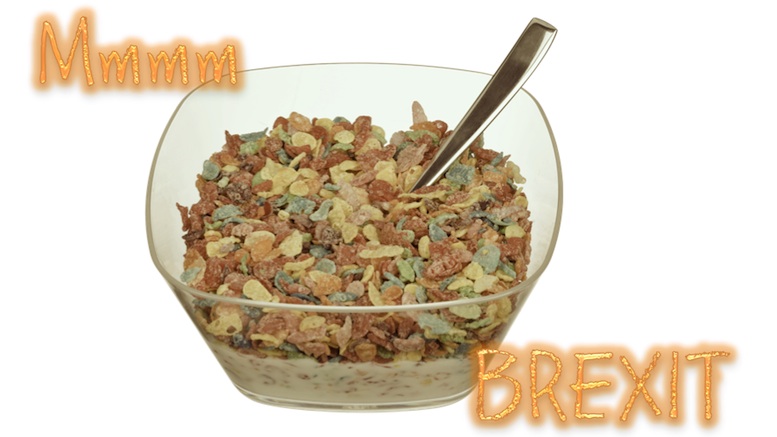 [London, UK] The votes are in and the British people have chosen to leave the E.U. in a result that will send shock waves through political institutions and the markets for decades to come. It has proved tragic for Prime Minister David Cameron, who staked his reputation on a vote to remain in Europe, and must now depart a failure.

And in a further tragic twist, it has become clear that many millions of voters – far more than the winning margin – woefully misunderstood the central question at hand, which was whether the United Kingdom should leave the European Union it has been an integral part of for over forty years.

“I was asked if I was in favour of Brexit. It sounded better than boring old cornflakes, so I voted accordingly.”

The realization that they had mistakenly joined anti-immigrant angry nationalists in upending arrangements critical to post-war peace in Western Europe had many seekers of better morning foodstuffs quite distressed.

“Leaving the E.U. is an error of unfathomable proportions. All I wanted was a healthy yet tasty cereal that didn’t go soggy straight away when you pour milk on it – you know – BREXIT.”

Unfortunately, constitutional scholars say you can’t simply overturn a plebiscite on the grounds that a significant number of voters believed they were merely improving their nutritional offerings at the start of the day.

“Now we’re out of Europe AND we’re still stuck with Weetabix. Truly this is a sad day.”