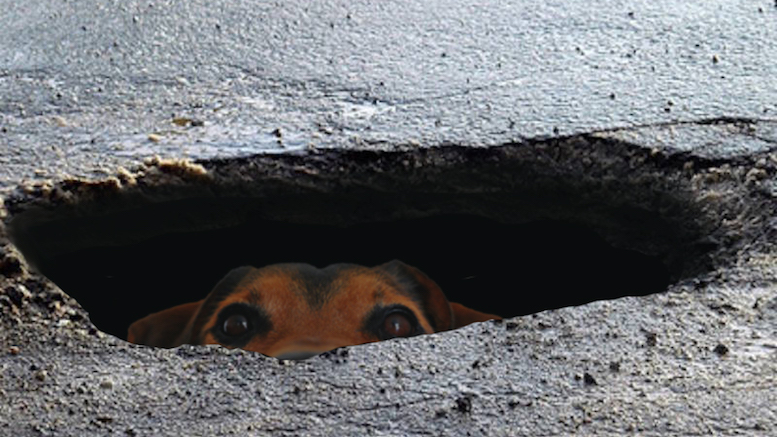 (Pittsburgh, PA) A missing dog, which had not been seen for days according to Oakland resident and owner Pat Rensiter, has thankfully been found safe in a pothole on Bigelow Bouvelard.

The 75 pound canine apparently followed a ball into the cavernous opening in the road and found the ample space preferable to its outdoor kennel.

“We bought the biggest kennel they had but apparently it was no contest.”

That pothole has since been filled in, much to Dexter’s disappointment who has now reluctantly returned home. However there are still many more potholes out there, giving hope to people whose pets, family members, and RVs have gone missing.

“These potholes are so big now lord knows what’s in them.”