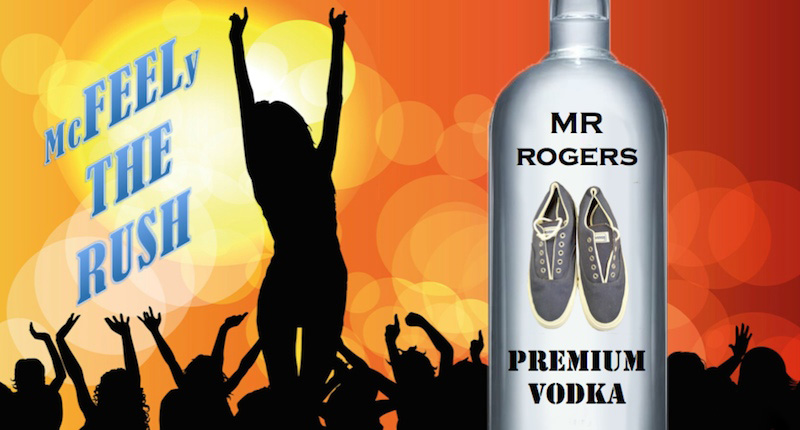 What could have been.

Pittsburghers can now take a trip down memory lane as the new Mister Rogers’ Neighborhood exhibit has opened at the Heinz History Center in the Strip District. From King Friday’s Castle to X the Owl’s Oak Tree, it’s a powerful reminder of cherished childhoods, the importance of make believe, and the many shortcomings of its creator and namesake, Fred Rogers.

We asked accomplished advertising executive Pam Buchanan to explain why Fred Rogers is regarded as such a failure of a human being by pretty much everyone.

“Here’s a guy who had the 4 to 8-year-old demographic practically eating out of his hand, and what did he do with it? Nothing!”

When asked for a specific example of his inadequacy, the highly-sought-after marketing expert doesn’t know where to start:

“Take that gimmick with the sneakers. The man clearly knew how to build a brand identity for himself, so why didn’t he take the obvious next step and team up with LA tattoo artist Ed Hardy to develop a line of badass footwear for rebellious teens?”

But sneakers are just the tip of this shamefully under-exploited iceberg:

“He made himself practically synonymous with the zippered cardigan. He could have easily parlayed that into his own personal line of sportswear long before Lil Wayne soiled his first diaper. If he felt out of his depth all he needed to do was reach out to Eddie Murphy for advice on how to tap into the highly lucrative urban market. He knew the guy was a fan. Fred Rogers could have had it all. If he’d had a clue!”

She has no time for those who argue that the Mister Rogers image was too squeaky-clean for him to maintain a hold on his audience well into their teenage years and beyond:

“Just look at how seamlessly Miley Cyrus went from playing Hannah Montana to being the highest-earning Skank Mistress on the planet. At least she’ll never have cause to look back on her life with regret.”

Pam becomes visibly angry as all the missed opportunities come flooding back.

“Shit, he could have had his own vodka brand if he’d wanted to. Can you imagine the money his estate would be making now with all the business they’d be doing in VIP bottle service at Diesel?”

The popular club on Carson Street is usually throbbing with former viewers every Friday and Saturday night.

“All the Clique Vodka girls would have gladly switched to promoting his product because they all remember watching Lady Aberlin growing up. In reruns, obviously, because not one of them is a day over 22.”

She could forgive Rogers if he was some naïve incompetent who couldn’t close a deal to save his life, but the record says otherwise.

“Did you see the clip on WQED of him hamming it up for Congress? That dude was a born grifter.”

She refers of course to the time Fred Rogers helped secure over $20 million in federal funding for Public Television.

“Then what does he do? Goes and spends it on exactly what he said he was going to spend it on. How can you be so good at working the system and yet have absolutely no idea how it really works? I wish someone would invent a time machine so I could go back to the sixties and smack that man upside the head. He just didn’t get it!”

She feels for those around him, who surely would have enjoyed being involved in a McDonalds Happy Meal promotion, or appearing on an IC Light billboard. But at least one person managed to escape Fred Rogers’ insanely myopic clutches and make something of himself. Or did he?

“You’re talking about Michael John Douglas of Robinson Township who worked on the show in the 1970s, a.k.a. MICHAEL KEATON. He had the sense to get out, sure, but then what happens? Two blockbuster Batman films and he walks away from the franchise for no good reason! I guess old Fred Rogers’ habit of shooting himself in the foot rubbed off on the Caped Crusader after all. And where is he now? In some flick called ‘Birdman’. What the hell is a Birdman anyway? It’s Batman that’s the payday. Fucking loser!”

When asked to sum up her feelings about Fred Rogers, Pam simply sighs and says,

“He could have been someone.”