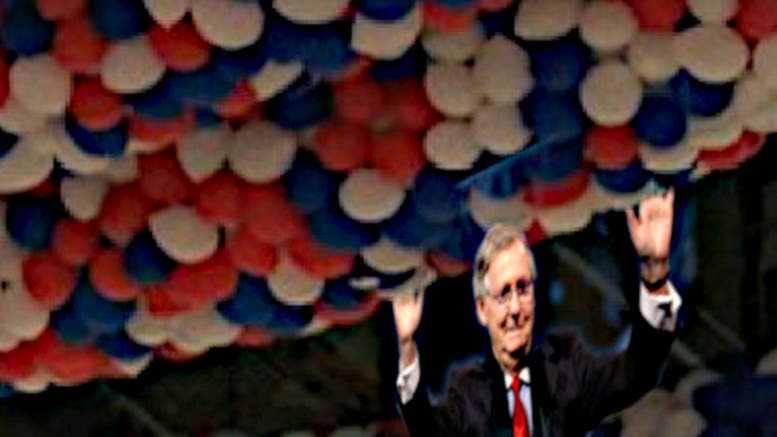 Saying he had to stay late to give the Senate Chamber a quick dusting, Mitch McConnell was discovered last night by colleagues from the other side affixing a net holding hundreds balloons to the ceiling.

“There were red, white, and blue balloons as well as ones saying ‘Not Guilty!’ and some with smiley faces.”

McConnell was also found to have installed a giant rolled-up banner designed to be unfurled later that read ‘Happy Acquittal!’

Democrats say this proves McConnell is not taking the process seriously even before they have voted whether to allow witnesses.

However McConnell has denied it in any way implies he views the Impeachment Trial as a forgone conclusion.

“I was just about to install the “Rats – It’s Guilty” banner and the balloons with sad faces when you rudely interrupted me.”