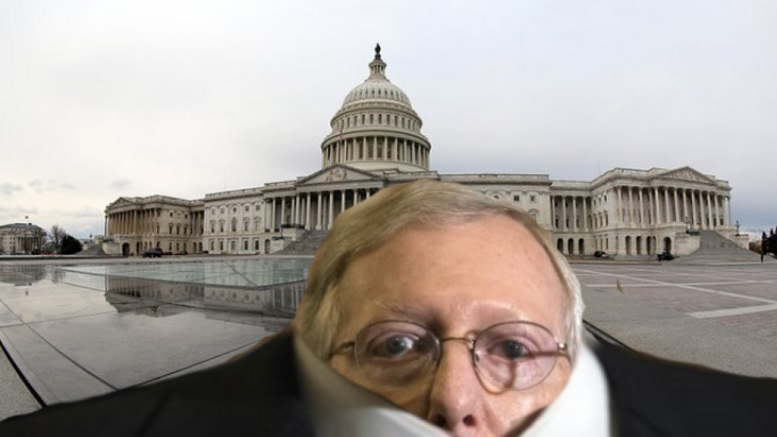 The country has learned from Senate leader Mitch McConnell that President Trump will sign a bill to avert another shutdown, after McConnell came out of his shell to spread the good news.

McConnell apologized for seeming to be absent much of the past few weeks, as he said he had other matters to attend to.

“I was busy molting.”

So eager was McConnell to make his announcement that he interrupted a speech being delivered by Senator Grassley, who was not amused.

“There’s no excuse for snapping at someone like that.”