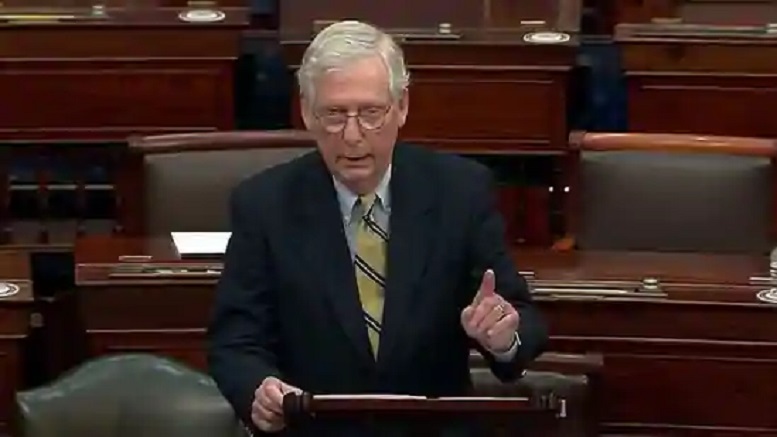 Mitch McConnell did not pull any punches in his critique of former President Trump following his second impeachment acquittal today. But, despite finding Trump responsible for the storming of the US Capitol, McConnell said he felt compelled to acquit based on a technicality as he believes the Senate trial should have taken place while Trump was still in office.

Describing the person who forced his hand as a ‘real piece of work’, McConnell said McConnell has a history of abusing administrative power to his own advantage.

“The man has no shame about employing any trick or abuse of process to box people like me into shameful positions they don’t want to take because they are so downright wrong.”

McConnell said something really needs to be done about McConnell, who he claims will stop at nothing to further his own agenda without any regard for basic human decency.

“I fear this won’t be the last time this loathsome McConnell creature executes a nefarious procedural strategy designed to prevent me from following my conscience.”