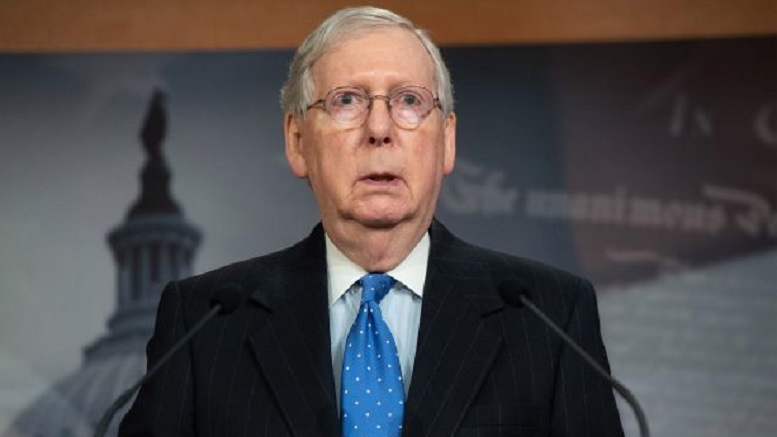 Senator Mitch McConnell has announced he has received a serious diagnosis, following President Trump’s revelation that he has tested positive for the coronavirus and has experienced symptoms.

“I too have been informed that I am not well.”

McConnell went for coronavirus testing immediately on learning he might have been exposed. Though McConnell was negative for COVID-19, his physician performed a number of other tests at the same time, and one came back positive.

“It appears I have an extremely severe case of evil, and have been advised to isolate myself from all other human beings until such time as it passes, if ever.”

McConnell’s evil diagnosis was made based on a number of factors, including his Senate record, and remains to be definitively confirmed via genetic testing. However medical experts say it is virtually assured that those results will come back as positive too.

“Based on all the symptoms Senator McConnell has presented with, we can say with clinical certainty that he is very evil indeed.”

It’s not clear when McConnell contracted evil, though it’s beyond doubt he has been struck with the devastating affliction for some time.

“It’s possible he was even born with it.”