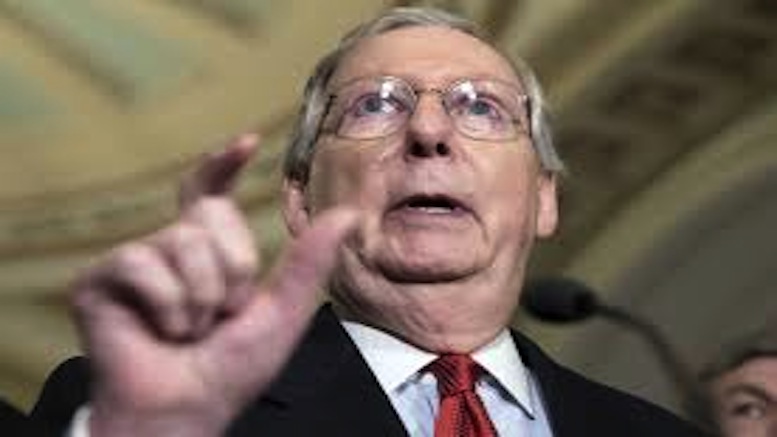 Though normally an enthusiast for President Trump’s rough-and-tumble tactics, Senate Majority Leader Mitch McConnell urged caution and restraint today on learning that Trump had referred to Stormy Daniels as ‘horseface’.

“No good can come of this approach, Mister President.”

McConnell appeared unusually keen to defend Daniels from the attack on her appearance by comparing it to another species, and said there are some lines that shouldn’t be crossed.

“Insulting someone by saying they look like a horse, or um whatever, should not be allowed.”

The unusual spectacle of McConnell expressing support for Ms. Daniels had some people speculating that there must be some self-serving interest at work, but no-one could figure out what that might be.

“Maybe he just decided it’s wrong to mock her like that.”