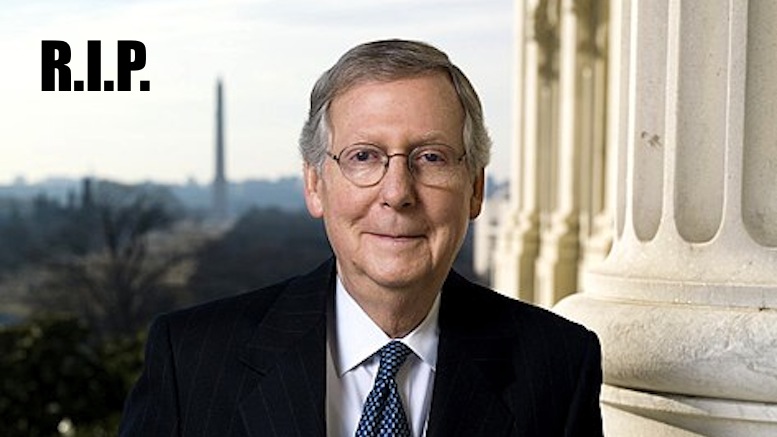 He will be missed, maybe.

A day after threatening to raid Social Security to pay for the deficit run up by tax cuts for the rich, Senate majority leader Mitch McConnell’s battered body has been found under a large pile of walkers and mobility scooters in a D.C. area park.

“He never stood a chance.”

Investigators at the scene are keeping tight-lipped, but did let it be known that this was a very angry and violent attack.

“The assailants even took the tennis balls off their improvised weapons so it would hurt more.”

They say they have made substantial progress in narrowing the list of suspects down to 45 million, based on U.S. census data for the number of Americans over age 65.

“Rest assured we will be interrogating each and every one by stationing officers at blue-plate specials all over the country.”