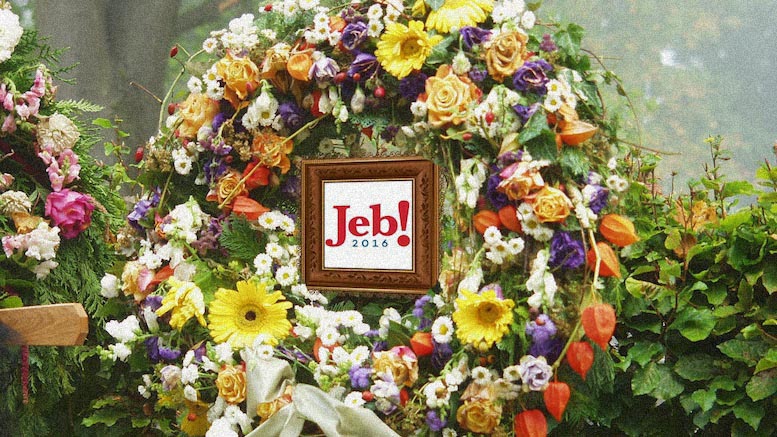 In addition to Jeb Bush himself, the service was attended by family matriarch Barbara Bush, who privately admitted she always knew this sad day would come. Also present were Jeb’s father, George Herbert Walker Bush, and elder brother George W Bush. Both expressed their heartfelt condolences, though they confessed they could not possibly imagine the pain Jeb was going through as they both went on to win the nomination and be duly elected.

Jeb remained remarkably composed while his Presidential Aspirations were finally laid to rest as the poignant strains of Handel’s ‘Where e’er You Walk’ filled the air. Prominent amongst the assembled mourners was Mitt Romney, who indicated he will help the Bush family in any way he can during this difficult time, as he knows better than anyone the heartbreak that Jeb must be experiencing. Happily, it was a non-partisan gathering with former Democratic candidates, Lincoln Chafee, Jim Webb, and Martin O’Malley all paying their respects in person.

Marco Rubio was not in attendance as he is still busy on the campaign trail, but he did send flowers.