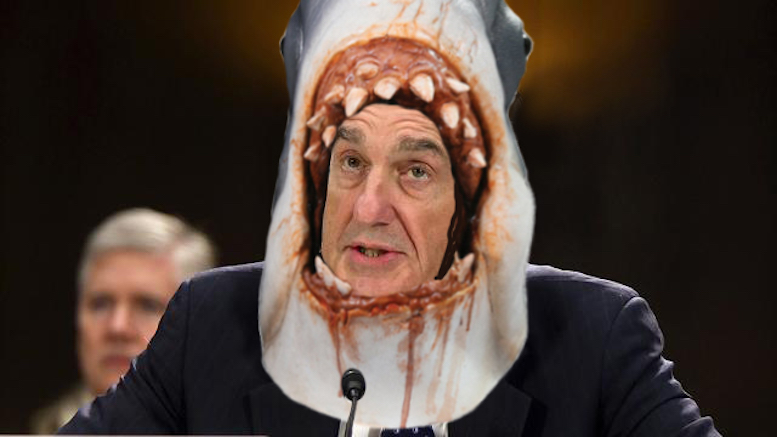 President Trump has casually dismissed news that Special Counsel Robert Mueller wants to question him, saying that he is ‘looking forward to it’.

But the former director of the FBI has a card up his sleeve he thinks will help him gain the upper hand – interrogating the President while wearing a realistic bloody shark mask.

“At the Agency you learn to use every weakness in your opponent to your advantage.”

Though the President’s supporters will no doubt cry foul, Mueller says it is his prerogative to choose how he dresses when conducting his investigation.

“There’s nothing in the Constitution that says I can’t wear a mask if I want to. Perhaps I just like sharks or harbor dreams of being a shark?”

In addition, Mueller says, any motion to suppress his mask wearing would fail to pass muster in the courts given that the interview will take place on dry land far from any large bodies of water.

“Any rational person can see that there’s nothing to fear, rational being the key word here.”