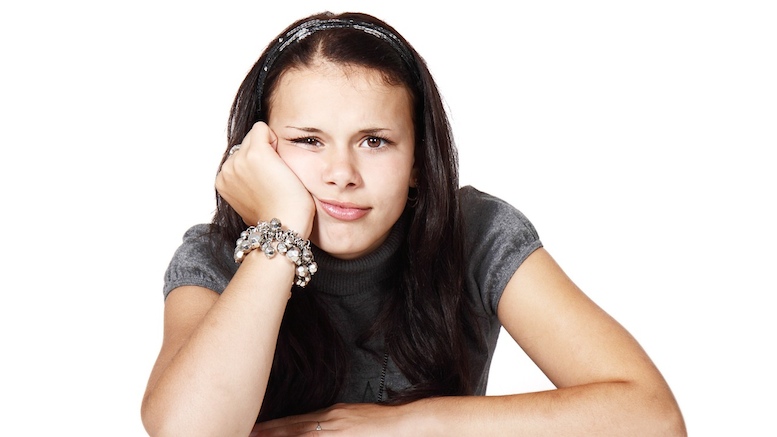 Boredom and irritability are often the first signs.

[NICHD, Bethesda, MD] A nationwide clinical study has confirmed that the mysterious disease that seems to affect most of the teenage population, turning them into bizarrely difficult people to deal with, does not appear to continue to affect adult cohorts. It also appears to be a benign affliction, conferring no long-term damage to its adolescent victims. This poorly understood illness of unknown etiology appears to have an onset around age 12-13, followed by a symptomatic period of approximately 5 years duration.

The condition, which the American College of Physicians has dubbed Benign Regressive Adolescent Traits Syndrome, does not appear to cause undue distress to patients and they will likely not even recognize they are ill, but the effects on other family members can be severe. All parents are warned to expect the disease to emerge, as prevalence is at or near 100%. Signs to look out for include periods of extreme lethargy, an inability to maintain focus when given instructions, and excessive eye rolling.

Unlike more serious adolescent illnesses that should be immediately followed up with your physician, Benign Regressive Adolescent Traits Syndrome sufferers do not require medical treatment and most will go into a complete remission and become healthy functioning adults. There is some tentative evidence that symptoms re-emerge around age 40 in a small subset of the male population but comprehensive prospective studies have yet to be undertaken. Though the illness is believed to have always been present in some form, the advent of smartphones and social media is correlated with a rising incidence, though the mechanisms involved are not known.

If you suspect your child is coming down with BRATS, it is highly recommended you keep reminding yourself that it won’t last forever.