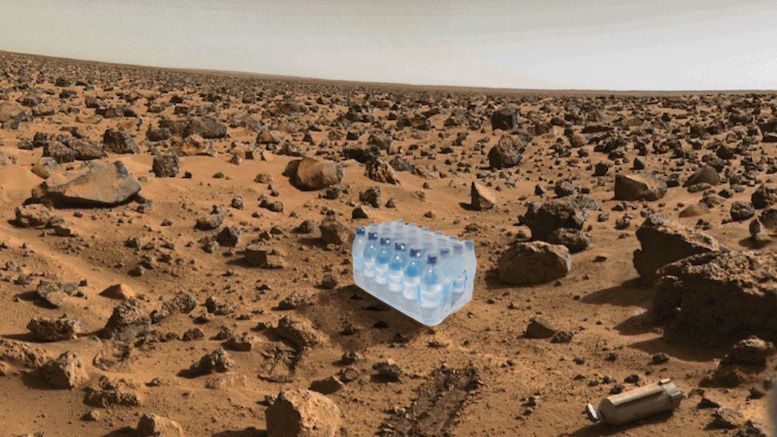 NASA has announced what it calls a “major science finding” from its exploration of Mars – the presence of water on the Martian surface. This is the culmination of a decades long search for evidence of the life-giving liquid on the red planet’s surface, leading to many energetic but clumsy high fives between those involved in the mission.

But their enthusiam was tempered when the first visual images came through and they realized it was bottled water.

“It seems this environmentally destructive trend towards bottled water doesn’t end at our mesosphere.”

Despite the deep disappointment the scientists felt – who tend to mostly range from liberal to tree-hugger on the political spectrum – they forged ahead with the task of analyzing their findings.

“It’s more salty than Aquafina and Dasani – which allows it to remain in liquid form in the sub-zero temperatures found on the Martian surface – but it is packaged similarly using high density polyethylene, which is hugely wasteful compared to having it flow along a gully or from a faucet.”

Ironically, many municipalities have tried to stem the march towards bottled water in recent years by introducing comprehensive bans.

“Sadly Mars does not appear to be among them.”