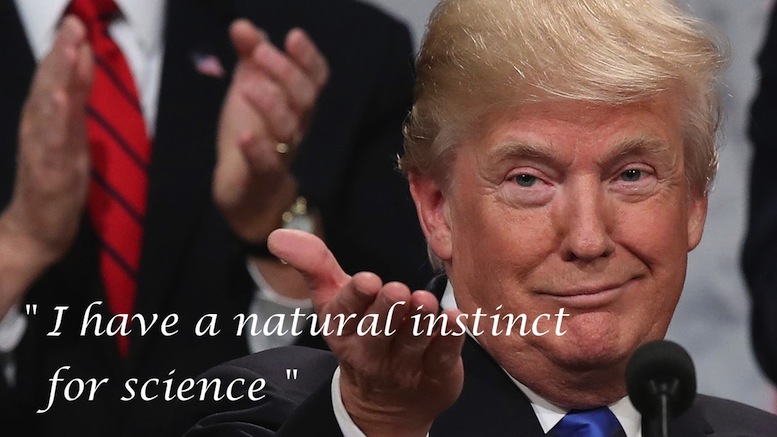 The scientific community is celebrating today as it became aware of a powerful new resource, President Trump’s gut instinct, that it plans to exploit as much as possible from now on. NASA led the charge in praising Trump for not being shy about his abilities, which he recently revealed during a question on climate change.

“We have a lot of problems that have us totally stumped even with the hundreds of PhDs and massive computational modeling power at our disposal. So it’s great that President Trump has a natural instinct for this stuff.”

They are also excited at the possibility that the President might lend them his unique insight to determine the location of a suspected 9th planet in the far reaches of the solar system.

“Normally we would have to study minor orbital deflections of known celestial objects over time and attempt to solve numerous complex differential equations, but why bother when POTUS can just point to it!”

But the implications for solving the world’s worst infectious diseases are perhaps the most exciting.

“Robert Mueller should back off right now so our multi-talented President can get on with the job of eradicating malaria all by himself.”