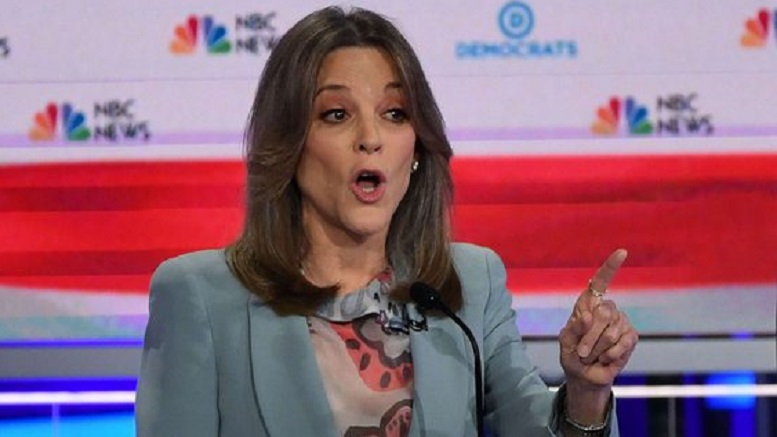 Of all the candidates at the second Democratic debate, the one that is the talk of water coolers is surely Marianne Williamson, whose bizzare statements had everyone doing a ‘say what?’ throughout the evening. This has led to widespread speculation about what and who Marianne Williamson is.

“There’s no way Marianne Williamson can exist as an actual person. She’s obviously a skit.“

The smart money is saying that no such human ever existed, and what was seen last night was Tina Fay engaged in a epic trolling of the American political process.

New Zealand Prime Minister Jacinda Ardern, who was referenced by
Williamson in one of her responses, has reportedly asks her staff to block any incoming ‘girlfriend calls’.

“Just when I thought their politics couldn’t get any stranger.”