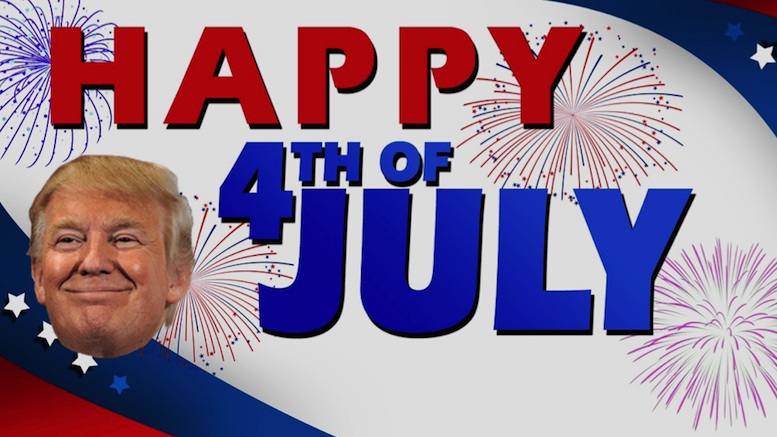 (United States) All across the land of Lincoln, citizens of that great country are celebrating the glorious occasion of freeing themselves from the stranglehold of British tyranny so they could be free to set up their own tyranny. It was no longer to come in the form of an unelected monarch, but in the form of a sort-of elected reality TV star.

If only George Washington could have known that his valiant and ultimately successful struggle against the mighty British Empire and its nepotism could one day lead to the freedom to choose an even more dangerous form of nepotism, surely that victory would have been all the sweeter.

“It’s a day for families that are not in separate cages to come together.”

As grills are fired up in backyards everywhere, the sweet smell of singed hotdogs fills the air, mixing with the cries of carefree children, and not quite so carefree children if you’re near the southern border.

“No Queen Elizabeth or any other type of queens are gonna tell us what to do!”

Because, at the end of the day, you are only truly free when you have the ability to give it away to a ludicrous narcissist. Happy 4th, everyone!