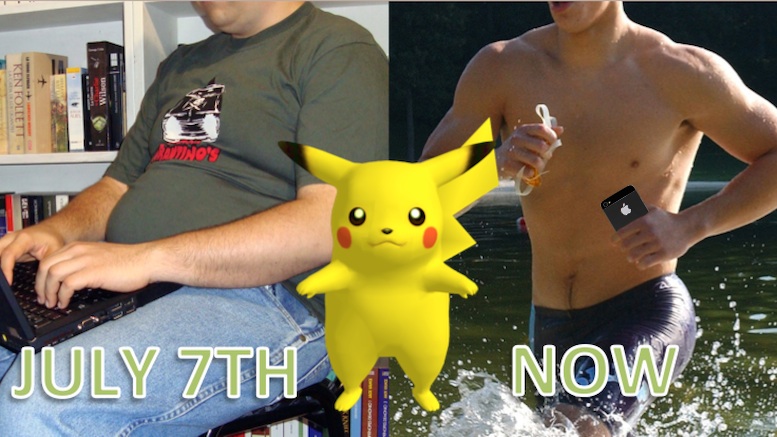 The US Surgeon General has declared a new era in health has finally arrived, though it came as a complete surprise as the populace was as unfit as ever as recently as July 6th. But that all changed when Pokeman Go was released.

Government officials are amazed at the improvement in health, especially since they have been highlighting the benefits of eating well and exercising for decades now.

“It’s simply unbelievable. You’d think living a longer disease-free life would be motivation. But it turns out chasing some virtual creatures that look like the result of a bad acid trip was the answer all along!”

Though a similar boost was anticipated in 2006 following the release of Nintendo’s Wii console, that only resulted on a modest improvements to the nation’s waistline, as flaying your arms around while staying rooted to one spot doesn’t burn many calories.

“Incidence of black eyes did skyrocket however.”

With the nation’s gaming couch potatoes well on their way to Marine Corps standards of fitness, potential for improvement to the nation’s health is only limited by one factor now.