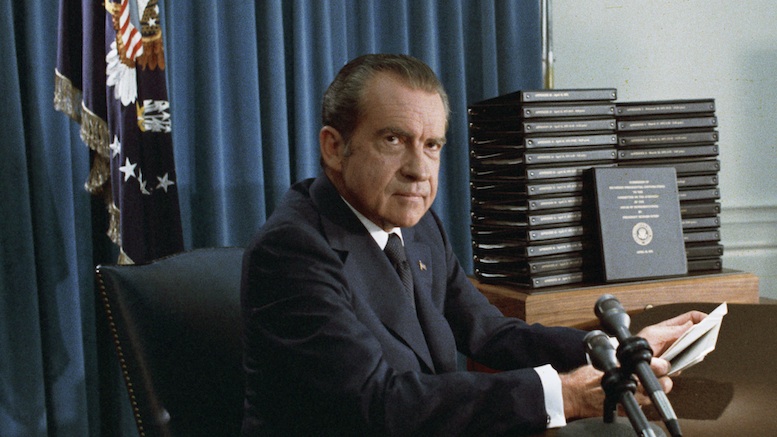 The United States issued a formal posthumous apology to its 37th President today for demonizing him as the worst thing that could ever happen to the country.

“That would imply Richard Nixon is way worse than our current President, which is patently unfair.”

A National Registry has been set up so citizens can publicly express their regret over being so harsh on Nixon only to turn around and willfully elect Donald Trump five decades later. It quickly filled up with condolences and outrage over the treatment of the cerebral if highly paranoid politician.

“Just a simple burglary and we impeached you and drove you from office? WTF! You realize what this guy’s done? So sorry, dude.”

“Okay so maybe you fought communism a little too hard during the McCarty era, but you did effect a rapprochement with China and you DIDN’T COLLUDE WITH THE RUSSIAN GOVERNMENT TO GET ELECTED!“

“Would prefer your finger on the nuclear button any day, Dick.”

“We imply you’re a crook and then elect the orange monster? I can’t even….”

Nixon was also demonized for using racial slurs behind closed doors which came to light when taped conversations were released. That also drew incredulous comments from today’s voters.

“You made those comments in private and not on the campaign trail? And no pussy grabbing or bleeding stuff? I don’t condone it but jeez – these days that would translate into a poll bounce!”