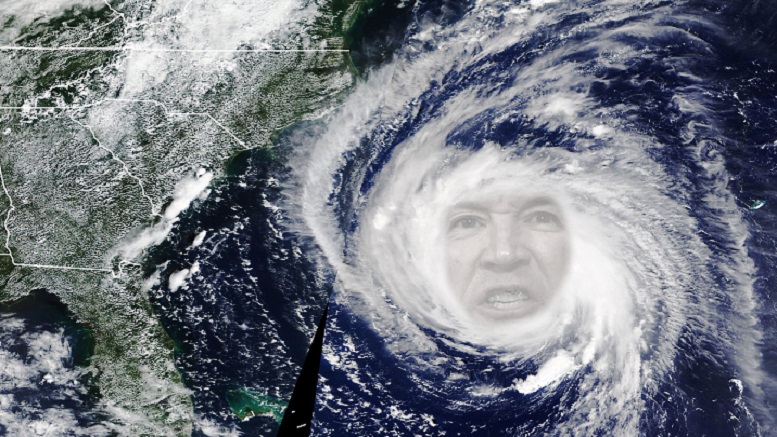 The National Weather Service has issued a warning that the same formation that struck the nation with such ferocity last Thursday will probably strike again later this week.

“Do not underestimate the belligerence of this system. It is dangerous, potentially violent, and highly unpredictable.”

They stress that the public should maintain a safe distance, especially in humid conditions.

“High levels of moisture, when picked up over the Atlantic or in the form of beer, can quickly cause it to escalate in severity.”

Though meteorologists expect a fierce outburst of some kind later this week, what happens after that is unclear.

In one scenario the formation settles over the Washington DC area and continues to cause ferocious undulations throughout the United States for decades, while in the other it largely dissipates, continuing to appear only in meme form for a few weeks.

“As with any dangerous anomalous event, please exercise caution.”