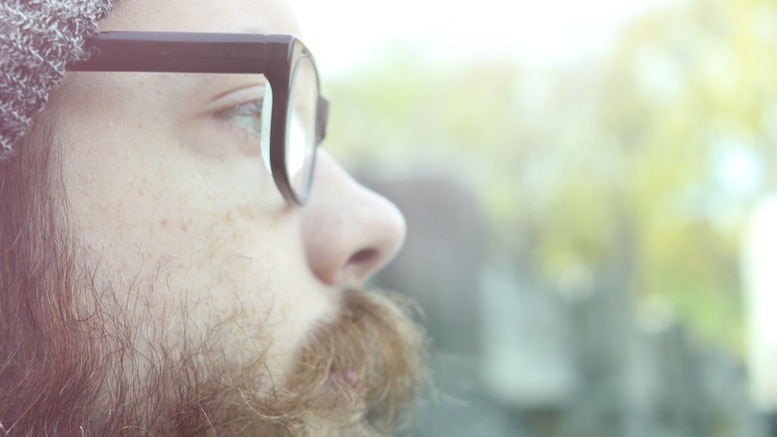 (Pittsburgh, PA) History is being made in a community center in the East End of the City where the first chapter of Hipsters Anonymous (HA) is holding meetings to help those hopelessly addicted to the increasingly popular lifestyle. They include people like Prairie, who agreed to share her story for this article:

“It started when I met Scout. At first I was whoa! Who’s the weirdo wearing dungarees and a bowtie with far too much facial hair? – I was heavy into the neogoth-slash-emo scene at the time – but he seemed nice so we started hanging out together. Next thing I know I’m draped in formless natural fibers and wearing a crown of flowers on my head, even though I’m highly allergic.”

HA founder Laura Fentworthy says Prairie is far from alone. There are literally thousands of young women like her across the country who take a fancy to a well-groomed hirsute young man and next thing they know they are tightrope walking one foot off the ground in public parks, following bands nobody’s ever heard of, and worrying that the simple life they knew before is gone forever.

“In fact you are looking at one of those young women right now.”

Fortunately, says Laura, addicts can get better – even those who are heavy into no-slaughter urban chicken farming. Other signs to watch out for that may indicate you have a problem include:

Buying stuff just to recycle it straight away.

Budgeting 10% or more of your income for moustache oil.

All your clothing is homemade or second hand (vintage=second hand).

Sore ankles because you ride a fixed-gear bicycle in topographically-challenging Pittsburgh.

An inability to resist the siren call of Trader Joes.

One of her biggest successes is Kale, who had developed a problem when he got too serious about vinyl after getting hooked on it at Urban Outfitters.

“Kale had a lot of anger issues resulting from his traumatic exposure to people who actually lived through the 1980s and 70s as teenagers or young adults. He would yell at them “IT’S CALLED VINYL – NOT RECORDS YOU IDIOTS!”. By attending our program he eventually came to understand that vinyl was their default music format growing up – and not a calculated affectation – so they get to call it whatever they want.”

Then there was Holden, who got in touch to say he wanted to get the hipster monkey off his back.

“When I received Holden’s txt I assumed that was a euphemism, but when he turned up at the meeting he did indeed have a hipster monkey on his back – specifically a capuchin called Nestor with an affinity for miniaturized plaid fedoras.”

Laura encourages anyone who finds their wide range of eclectic hobbies is affecting their work and personal relationships to reach out if they feel ready to confront their addiction.