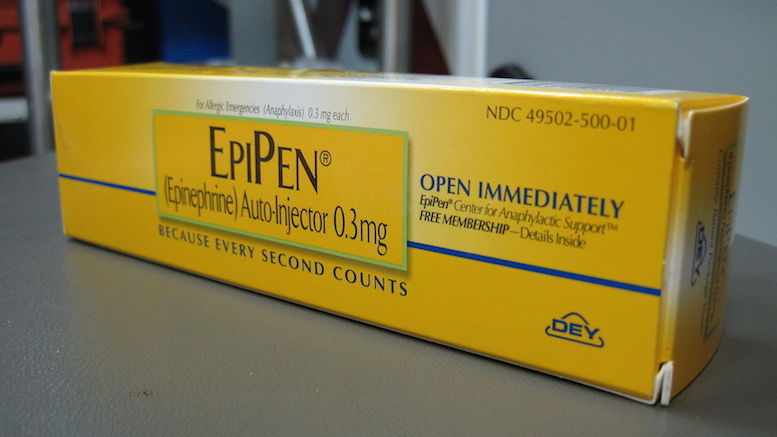 The raising of the cost of EpiPens by Mylan CEO Heather Bresch is having an unusual effect on the the nations’s powerful Mommy Blogger community. A rare exception is emerging in the Femishpere, which is normally opposed to misogyny in all its ugly forms:

“Except in the case that it’s squarely directed at the cow who raised the cost of my kids lifesaving EpiPens of course.”

The gouger who price-hiked life-saving emergency medicine in order to give herself an 800% pay increase to 18 million dollars is apparently so despised, that even the most despicable motivations for disliking her are being deemed acceptable.

“I have nothing but bad things to say about the male-chauvinist pigs who try to oppress my sex, unless their bigotry is inspiring them to hate on that smug overpaid hag, in which case – you go guy!”

In related news the World Jewish Congress announced that it is now fine with Anti-Semitism, as long as the disgusting Neo-Nazis behind it are specifically understanding the term ‘Semite’ to refer exclusively to Pharma Bro Martin Shkreli.