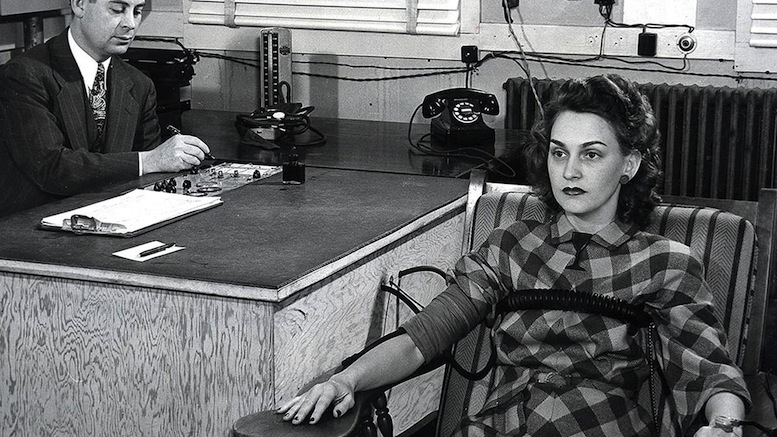 With security on everyone’s mind these days, the question of how to tell who’s a terrorist has assumed great urgency. Fortunately, the people who watch a lot of TV, especially shows from the glory days of the 1970s, have the answer.

“We should give everyone in the United States a polygraph and determine who’s a threat by asking them ‘Are you a terrorist?’, then see if a squiggly line results.”

They say their plan will work best if administered by a sweaty middle-aged man wearing a shoulder holster who does nothing other than operate the lie detector. If it turns out that someone is a terrorist, they suggest giving them truth serum and asking them where they planted the bomb that is set to go off in a crowded public space very soon.

“Make sure to administer the truth serum using an oversized metallic syringe as it works much better that way.”

Once the bomb is found by a plucky person who unfortunately is not a bomb disposal expert they insist it’s crucial they not follow the advice given over the phone by the person who does know something about bombs, but not that particular type of bomb.

“At the last second they should go with their gut and cut the other wire instead.”