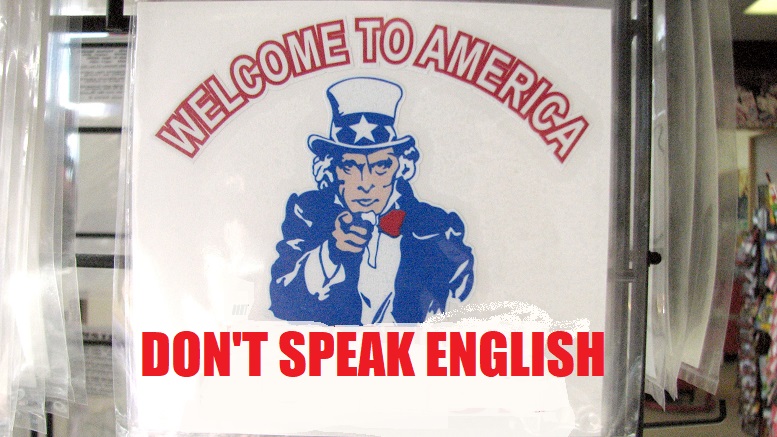 A local Native American man has started a protest against what he described as the ‘absolutely unacceptable level of Engligh and other foreign languages being spoken’ which he says should be outlawed.

“When in Rome do as the Romans do to should apply here too.”

He said he is not bigoted and has nothing against immigrants in principle, but when you move somewhere you should learn to speak the local language.

“Next they’ll want all the signs in English too!”

In addition to trying to speak to him in their stupid language, he also objects to them speaking to each other in English too.

“First off it’s rude because I can’t understand you and how do you expect to assimilate properly if you keep acting like you’re still back in the old country?”