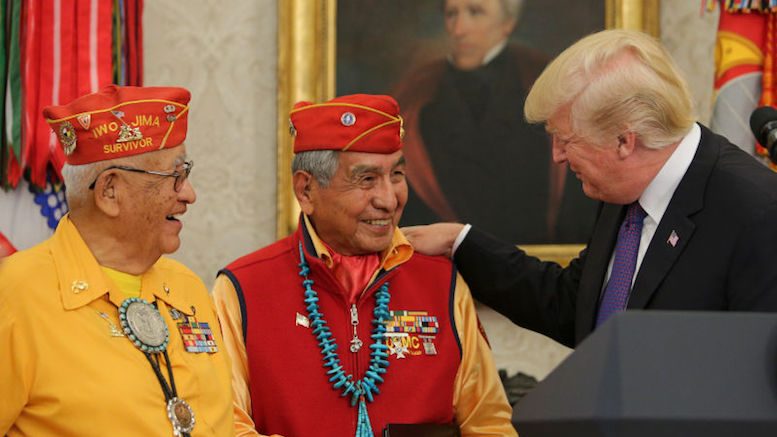 President Trump has delighted Native Americans by directing that the United States be no longer considered a nation of immigrants.

“Guess that means it’s all ours now.”

President Trump make the astounding change via an executive order on immigration on Friday.

“All is forgiven and you can say Pocahontas all you want.”

The Navajo Nation Council expressed surprise that Trump would not only turn out to be supportive of indigenous people rights, but hand the entire country over to them.

“Not what we expected at all, but thanks!”

They promise to be good stewards of the United States and said most people shouldn’t notice much difference during the changeover.

“Until we exterminate all you palefaces with pox-ridden blankets. Kidding! You’re fine.”