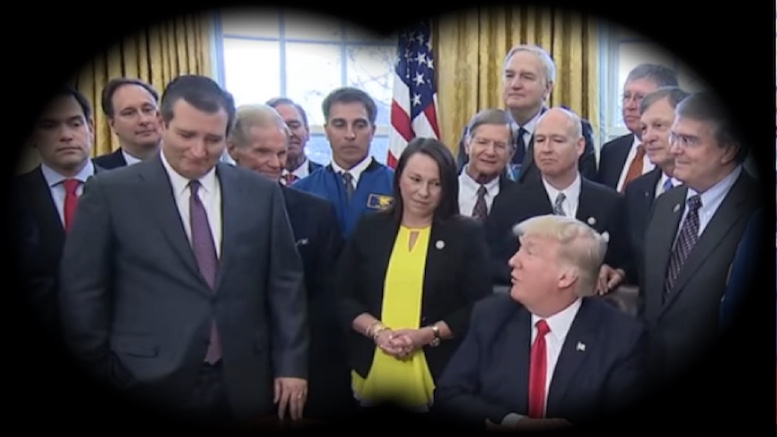 Naturalists, both professional and amateur, are in a state of great excitement over the alleged sighting of a female of the genus Trumpus Proximitus, which is almost unheard of outside of mating season.

“First the white moose in Sweden and now this – it’s been a banner week for nature lovers.”

The sighting is all the more notable because women are rarely seen openly in the preferred habitat of this species, apart from a select few that are granted special status within the social hierarchy of this notoriously patriarchal species.

“Just to see one out in plain view like this is a special treat!”

But even more fascinating, say primatologists, is the behavior of the males when it comes to the female of the species.

“The alpha male will aggressively pursue them without inhibition while the second in command – or chief beta – scrupulously avoids being alone with one even in the context of feeding habits.”

Interestingly, they observe that the chief beta nevertheless strives to exercise a strong policing role over all the females through the agency of lesser betas and omegas.

“It’s really very exciting as the social dynamics are far more interesting – and brutal – that anything we see with gorillas.”