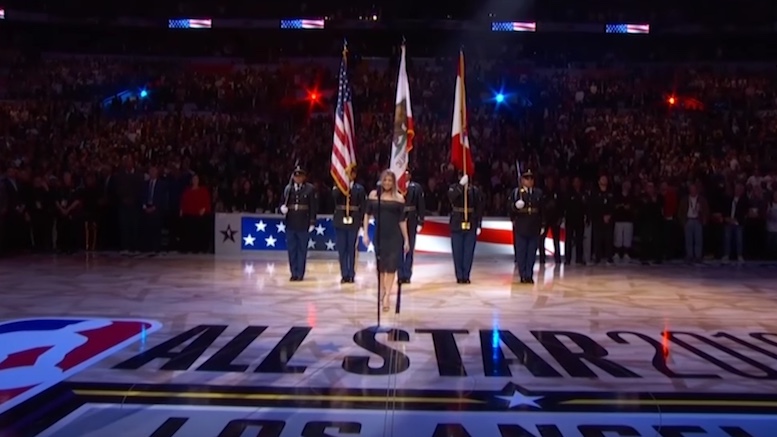 The ‘Take a Knee’ protest that swept the NFL has not spread throughout the NBA to the same degree, perhaps because the league differs in having an explicit rule on the books requiring athletes to stand.

“Players, coaches, and trainers are to stand and line up in a dignified posture along the sidelines or on the foul line during the playing of the National Anthem.”

However the NBA announced it has relaxed its rule in the wake of Fergie’s performance at the All-star game last night.

“You can now laugh awkwardly, fall to your knees, or just get the hell out of there until it’s over.”

The NBA say it does not want to get into any larger debate about respect for the flag or police brutality, and insists it is not enacting this rule change on political grounds.

“Compassionate grounds would be more correct.”

However commentators say efforts to treat this apolitically are bound to fail, especially as many think the Black Eyed Pea was herself trying to make a statement.