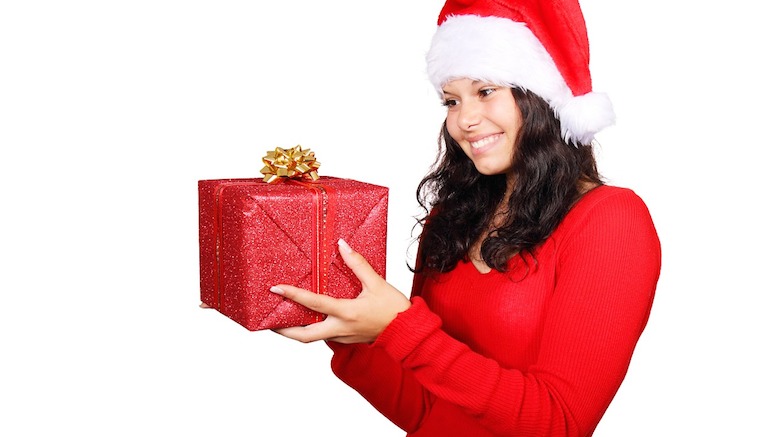 I'm going to hate whatever's inside this box but nana will never know it.

The American Psychology Association (APA) has warned people who want to appear grateful for the hideous unwanted gifts they receive this Christmas that they should start practicing their insincere reactions right now.

“With Christmas almost upon us, it’s time to get in front of a mirror and start training if you hope to fool anyone.”

Millions of Americans are expected to receive unwanted, ugly gifts from well meaning but clueless friends and relatives this year. The APA says the unlucky recipients must begin developing their gift acceptance technique straight away in order to avoid cringe-worthy moments of awkwardness and rifts that could last well into the New Year.

“It’s critical you learn not to pause before giving thanks, and to refrain from doing a spit-take or guffaw when you unwrap that gaudy knit sweater, odd-sized picture frame from Marshalls, or decorative figurine that’s so cheesy you would rather kill yourself than put it on display in your home.”

Younger people are also encouraged to prepare themselves in case they receive embarrassing gifts from elderly relatives, such as branded merchandise for TV shows they grew out of years ago, and legacy video game cartridges that won’t play in their PS4 console or Xbox 360, and which were no fun to play even when they were the state of the art back in 2002.

“Fortunately, a large percentage of the nation’s grandparents understand that cash never goes out of style.”

Other telltale signs of disappointment to beware of include looking to see if there is a gift receipt straight away instead of taking a moment to dishonestly admire the vomit-inducing print scarf that no-one with any fashion sense has worn since 1979. Evolutionary biologists are not entirely sure why this tradition proves so painful every year, but expect this worthless trait will be weeded out of our genetic makeup over time.

“Eventually humans will evolve to the point where they can confront the issue of a disliked present directly instead of treating it like the end of the world. But that day is obviously still a long way off.”