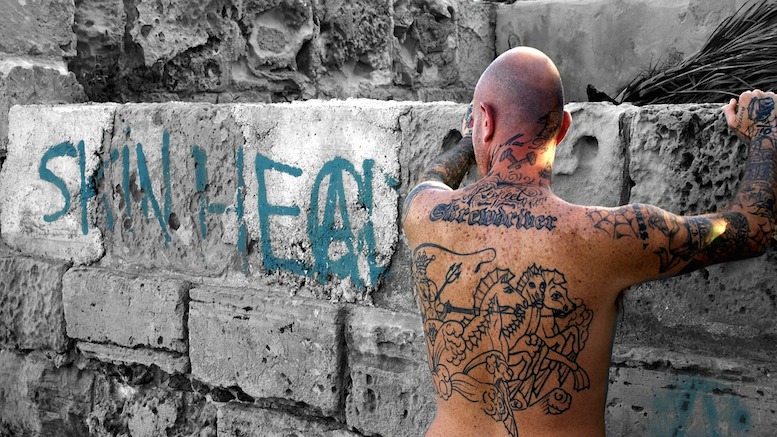 Everyone knows Neo Nazis are some of the least apathetic and most coveted members of the electorate. They traditionally like policy platforms that are short nasty and brutish, which suggests the GOP frontrunner would be a good match. But the modern-day heirs to Hitler just can’t see themselves pulling the level for Donald Trump.

“He’s just a little too hardcore for our taste, honestly.”

Though they won’t be voting for the reality star, one thing they do appreciate are his stump speeches, which they eagerly transcribe for educational purposes.

“Everyone knows standard reading comprehension texts are written by liberal socialists who want to undo America, so we like to procure our reading material from more suitable sources.”

Fortunately, right wing authors such as Sean Hannity and Ann Coulter churn out a bounty of bigoted material written in a highly simplistic style suitable for adolescent minds that are still developing. But finding material suitable for the youngest readers was more difficult.

“Fortunately, his speeches are at just the right comprehension level for six year olds, and they’re really racist and full of hate, so I know my child is learning the right message. Maybe Donald Trump would make a good Secretary for Education. But President? I don’t think so.”

The tipping point, they say, is when he started suggesting – or at least not objecting to – the idea that all muslims should be made to wear badges identifying them at all times.

“Making people wear badges – that’s just so 1930s. Why not just keep them registered in a database instead to allow them some dignity until they’re all rounded up in the middle of the night.”

Besides, they argue, there is no shortage of other candidates who espouse many of the policies they’re looking for, but without the crass extremism they find hard to stomach.

“We’re not worried because we’re kind of spoilt for choice this time.”