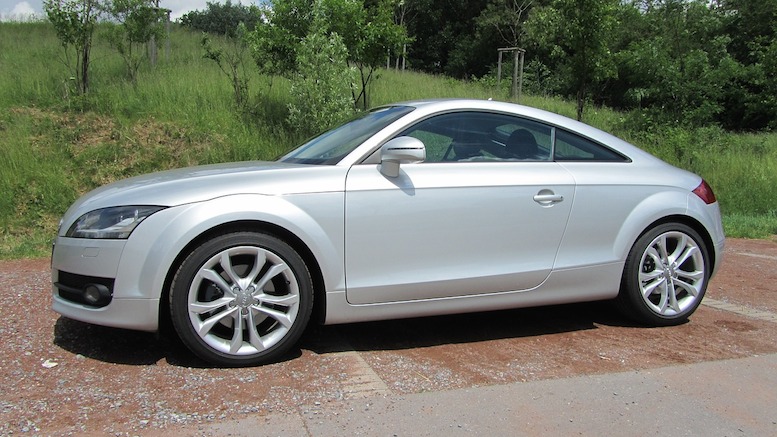 Already there are a few small pebbles lodged in the tire threads.

Richard Dutch of Sewickley, PA, should be a very happy man, as he has a brand new shiny Audi sitting in his driveway that is the envy of his neighbors. But he is suffering a personal agony known only to those financially endowed enough to afford a brand new car – the dreading of that woeful moment when his virgin automobile is sullied by it’s first minor scuff mark or cosmetic scratch.

“I haven’t slept through the night since getting the keys.”

Friends and family have tried reassuring him that it’s comprehensively insured and still under warranty, so any damage that could affect its function or safety will be immediately repaired – but that was little comfort to the fifth-time new car owner.

“It never gets any easier.”

He has tried taking his mind off it by going for longs walks, often to and from work or the grocery store two miles down the road, but he can’t get the image of a barely-perceptible hairline scratch in the clearcoat out of his head.

“Next thing you know you have crap all over the backseat and month-old french fries in the sidedoor pockets.”

Such is his agony, Richard sometimes wonders if car manufacturers should take some responsibility and try to alleviate all this terrible suffering.

“Maybe they should sell new luxury cars with a factory-applied scratch so owners don’t have to go through this harrowing ordeal.”

In the end Richard decided it was ridiculous to continue like this, so he has arranged to have his new vehicle permanently garaged and recently bought a used 2006 Toyota Corolla to accommodate his transportation requirements.