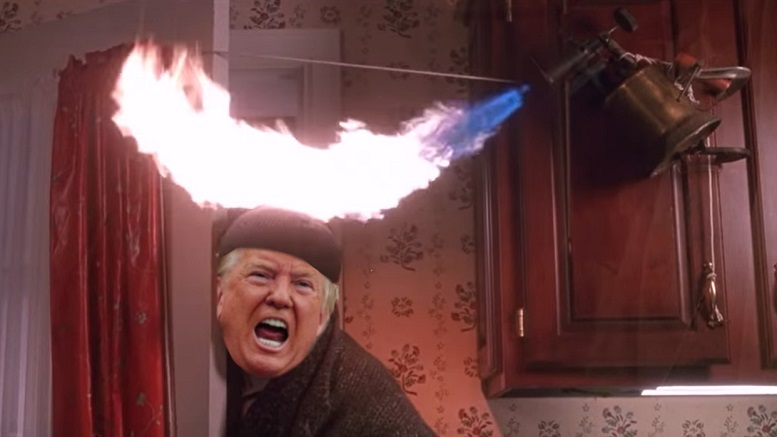 The Canadian Broadcasting Corporation has apologized to the White House and President Trump for airing Home Alone over the holidays with his cameo in the film edited out.

“We honestly did it for time, and didn’t realize you monitored these things so closely.”

As a gesture of goodwill, the CBC is now airing a new edit of the modern classic with President Trump restored.

“We even went the extra mile and used special editing technology to put in even more of you than there was before.”

Though what the CBC did would normally require all kinds of hard-to-get permissions, everyone waived their rights for nothing.

“People were so supportive.”

The new version, which CBC says includes a fantastic performance by Trump opposite a paint bucket, is breaking all viewships records and pushing streaming services to the limit.

“It’s been such a success we are planning to edit President Trump into more of our holiday fare, starting with the Wizard of Oz.”