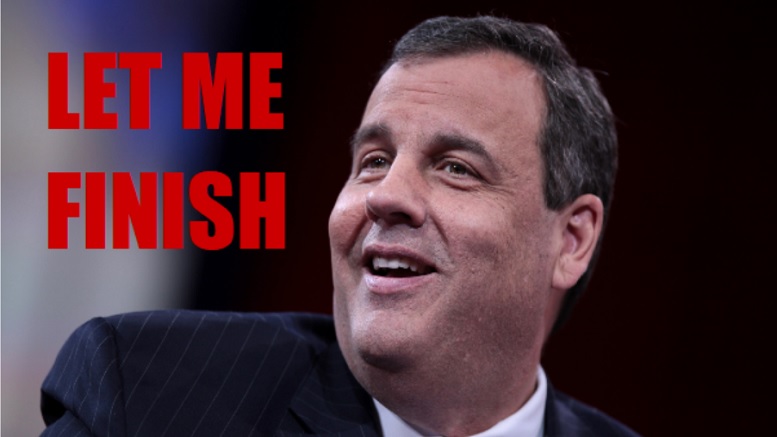 A book just released by Chris Christie, Let Me Finish: Trump, the Kushners, Bannon, New Jersey, and the Power of In-Your-Face Politics, is rocking the political world with its wild claims about the President Trump made by his former campaign manager and supporter.

“Christie has really gone out on a limb here.”

Initial focus was on Christie’s assertion that President Trump thought firing Michael Flynn would end the ‘Russia thing’ that has dogged him. But more salient reviewers pointed out that this is to miss the forest for the trees.

“The key point here is the claim that Trump thinks at all.”

The book is now being described as ‘daring’ and ‘audacious’ for positing such a wild hypothesis that flies in the face of conventional wisdom and the prevailing evidence.

“Obviously it’s fun to speculate about what the world would be like if Trump did think, but in the end all you have is a diversionary fantasy tale.

Off the record, Christie admitted his book was somewhat fanciful, but he did defend the section where he describes Jared as thinking.

“I still believe there’s truth there on some level.”