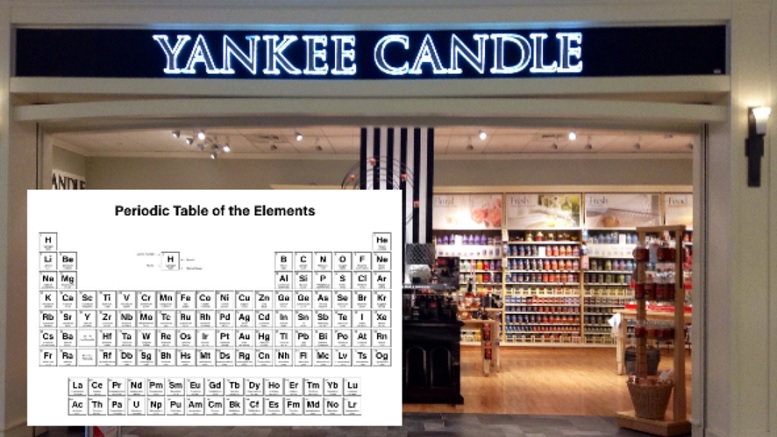 Scientists are hailing the discovery of a new element, which happened when a Yankee Candle customer who had no idea what they were doing attempted to make a terrible smelling candle.

“The customer insisted on mixing scents that absolutely didn’t belong together – like combining Balsam & Cedar with Coconut Beach.”

But then something happened, and a shimmering new liquid metal was born.

“We quickly confirmed it was a new element, with atomic number 119.”

The discovery of the new chemical element is being hailed as a justification for the candle bar concept, which many people thought a stupid idea, until now.

But the discovery of the new element, which would normally require billions of dollars spent on vast underground particle accelerators, has changed all that.

“Now we are being inundated with messages of support for making the discovery of Yankonium possible.”