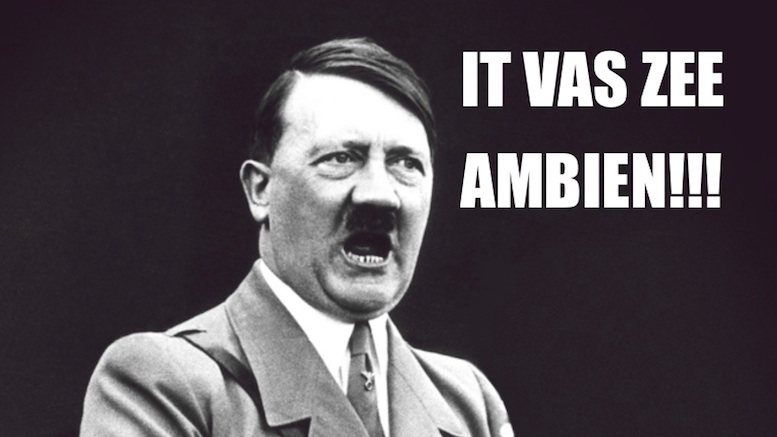 As the fallout from ABC’s cancellation of the sitcom Roseanne continues, its eponymous star is receiving support from historians in her claim that the racist tweets she sent were the result of Ambien.

“While we have always believed the horrors of the Third Reich were attributable to the depravity of the Nazi leaders and their followers, new historical evidence suggests it was all a big mistake caused by sleeping pills.”

Experts now speculate that, like Ambien, the 1940s medication of the period didn’t always work as intended to put people to sleep, but instead caused them to drive around in their volkswagens at night or issue edicts that large groups of people be rounded up and exterminated.

“It seems the only thing that Hitler was guilty of is wanting a good night’s rest!”