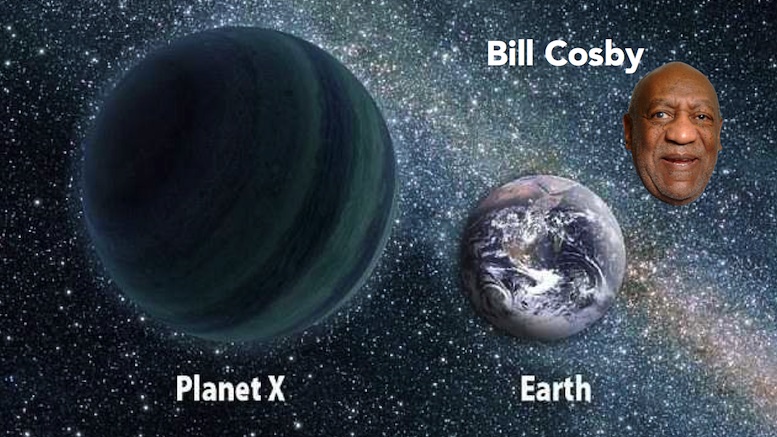 There is a new member of the Solar System, which is believed to almost ten times the mass of Earth. The planet, which no-one suspected existed until now, finally decided to reveal itself to expose the abuse it has suffered at the hand of Bill Cosby.

“The man is a chronic sexual predator, and no woman or orbiting celestial body is safe until he is locked up for good.”

It felt compelled to make its presence known after witnessing the bravery of so many women who have come forward since 2014.

“I knew it was time for the years of hiding out in a tilted orbit more than 200 AUs from the Sun to end.”

The planet, which prefers to go by the name ‘X’ for now, said the incident happened in early 1973 when they were both attending UMass Amherst, where it was studying at the Center for Agriculture, Food, and the Environment.

“I was drugged and awoke one day with no atmosphere anymore. All my dreams of hosting life were dashed.”

It was then that it withdrew to the outer reaches of the Solar System out of a mix of shame and a sense of helplessness.

“Now I understand that it was not my fault, and am ready to confront my tormentor.”