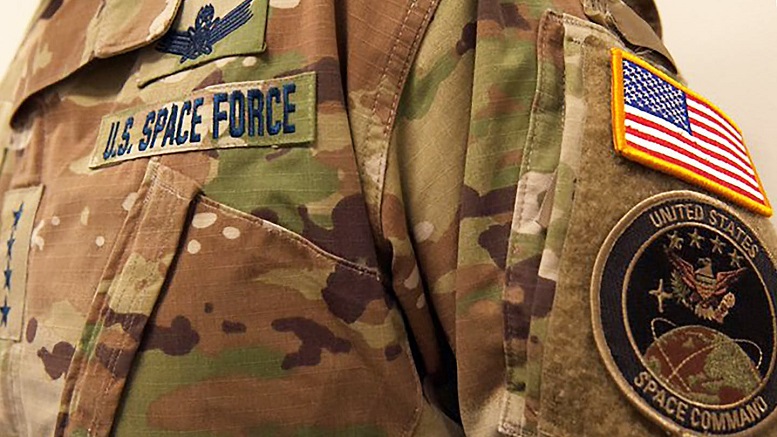 The uniforms for President Trump’s newly created military branch, the Space Force, have been released confirming his critics’ worst fears.

“They’re camo – which can only mean one thing.”

They say the tree camouflage design strongly points to the Space Force being deployed in a dense forest environment.

“Presidents seeking re-election are in a much stronger position if the nation is at war. We had assumed it would be with Iran, but this clearly points to Endor.”

The ‘Forest Moon’ as it is known is presumably viewed by Trump as an easy victory for his nascent Space Force in the run-up to the 2020 election. But military experts say his confidence is misplaced.

“The Ewoks who live there may seem harmless, but they are actually a formidable fighting force extremely well-versed in the art of asymmetric warfare.”

They urge the President to rethink his invasion plans.

“If you thought Iraq and Afghanistan were a mess, wait until you see what Endor has in store for you.”

We need your help! Please consider giving a recurring micro-donation on Patreon or a simple one time donation. And if you can’t help financially you can still do us a big favor by sharing!﻿