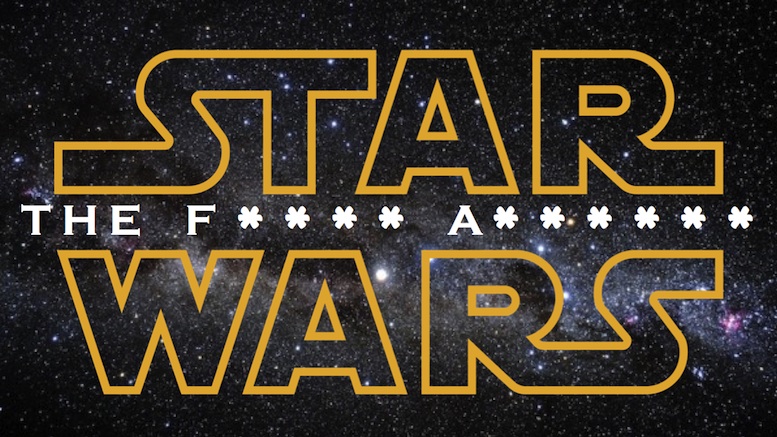 A picture of space that hopefully doesn't give away too much.

Reviews of the new Star Wars film have been painstakingly avoiding spoilers by forgoing any detailed discussion of the experience of viewing it. Even so, many reviewers have slipped up by commenting on the quality of the latest entry into the space opera saga.

“I read somewhere that the film is good, which is a total spoiler because I now know it’s nothing like The Phantom Menace or any of the other prequels, which is something I would have liked to discover for myself. Thanks a bunch, writers of articles I actively sought out and read.”

But fans who wish to maintain their excited state of anticipation about what will happen in the Star Wars universe are being warned that there is an even bigger spoiler they must avoid at all costs – the movie itself.

“It’s nothing but one spoiler after another. Even the title is a massive spoiler!”

Abrams fans had assumed the Star Wars franchise was safe in his hands, because his last science fiction movie, Star Trek Into Darkness, gave absolutely nothing away about the direction Star Wars would take.

“His latest offering shows no such restraint. There should at least have been a warning that it contains spoilers.”