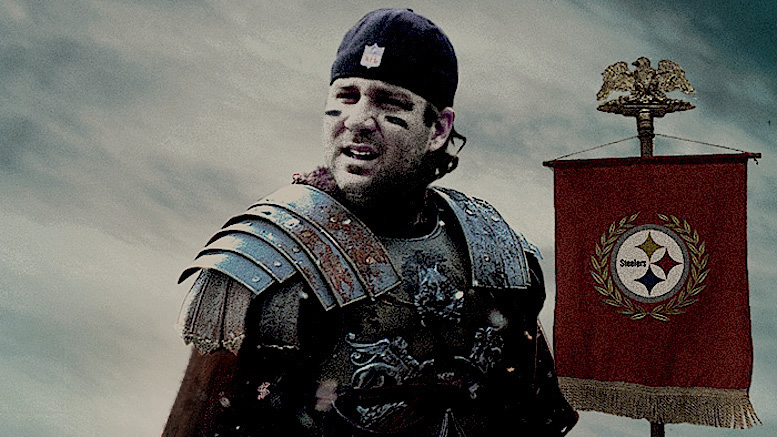 At my signal, unleash hell. And snap the ball.

After the founders of NFL films, Steve Sabol and his father Ed, died in 2012 and 2015, respectively, many in the league fondly remembered the emotional films they had made of classic games, which could bring even the most hardened of men to tears in a matter of minutes. The franchise owners then started to wonder why the live broadcast experience was so flat and boring by comparison, when the answer dawned on them.

What they needed, they realized, was a world-class director who could convey the true essence of the game. Their first choice, Stanley Kubrick, was long dead, so they quickly converged on the idea of recruiting Ridley Scott, famed director of Alien, Bladerunner, and Black Hawk Down.

“Ridley will finally bring the drama inherent in every NFL game to our TV screens.”

In a nod to the Sabols there will be the usual emotional slow-motion replays, but, by using a synchronized rig of GoPro cameras setup depending on the anticipated play, Scott also intends to bring Matrix-style ‘bullet time’ freeze effects to the game, which will be seen during his NFL directorial debut, Super Bowl 50.

“Imagine an instant replay where you get to zoom in and around the ball, all while the action is frozen in full 4K glory.”

Scott will be aided by frequent collaborator and award-winning cinematographer, John Mathieson, who likes the challenge involved.

“Obviously, since it’s a live game with a seven second delay, there won’t be much time for color grading in post-production, so I’ll be thinking about the effect I want in advance, and achieving it primarily with lighting.  It’s like stepping back to the days of celluloid.”

He promises next season will see the end of the boring ‘one-size-fits-all’ approach to live game presentation.

“For a Chiefs home game at Kansas City I’m thinking soft lights and golden hues like what Nestor Almendros used in Days of Heaven, whereas the Pittsburgh Steelers were born to be broadcast with a gritty bleached bypass effect similar to what we did in Gladiator.”

Some were surprised when Scott recently referred to his personal involvement in ‘casting’ the 2016 NFL season. When asked what this could mean, commissioner Roger Goodell confessed that the British born director will be allowed to make the first and second round picks for all teams during the draft next April/May.

“You don’t secure the services of a legendary director like Ridley Scott without making some concessions.”

He reassures everyone that Scott will make the picks based entirely on the players’ athletic abilities, and their screen tests.

The question now is whether fans will like this, and, if so, will the use of top Hollywood talent be adopted by other professional sports.  Major League Baseball does not want to be left behind, with MLB commissioner Rob Manfred reportedly in negotiations with Christopher Nolan’s people. Professional basketball likewise fully intends to exploit its existing links to Hollywood, which has frequently collaborated with NBA stars, albeit only on narrative features thus far.

When the National Hockey League was asked if they had similar plans, a spokesperson responded that the NHL has already been using the services of Quentin Tarantino for some years now.