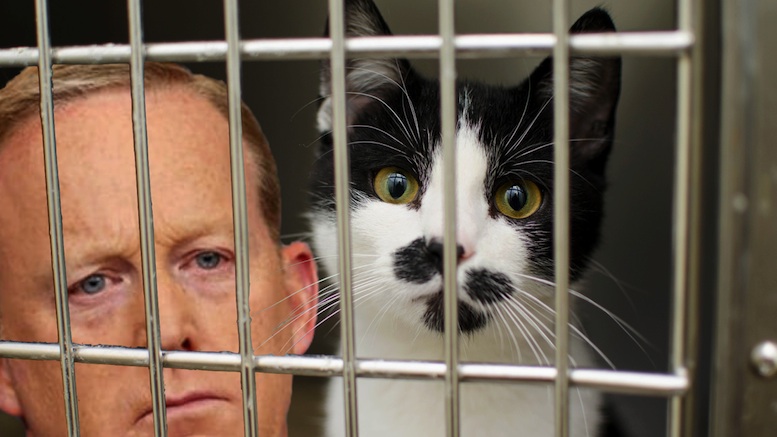 A Washington, DC, animal shelter that has been taking in abandoned Trump Administration officials and cabinet members has announced it is at capacity and cannot take in any more until space is freed up.

“We’ve never been so busy.”

They say they were already full when someone dropped Rex Tillerson off, but he looked so sad and helpless that they relented.

“Rex is a big fellow and our chow budget can only stretch so far.”

The addition of Generals McMaster and Kelly has made the situation even more critical The shelter is warning anyone who attempts to leave Kirstjen Nielsen at their facility that they will be turned away.

The problem, they explain, is that as a no-kill shelter there are limits on how many feral cats and former Trump officials they can accommodate at one time, though they say that could change in the future.

“I know we’re supposed to be against euthanasia, but The Mooch has us seriously reconsidering that policy.”