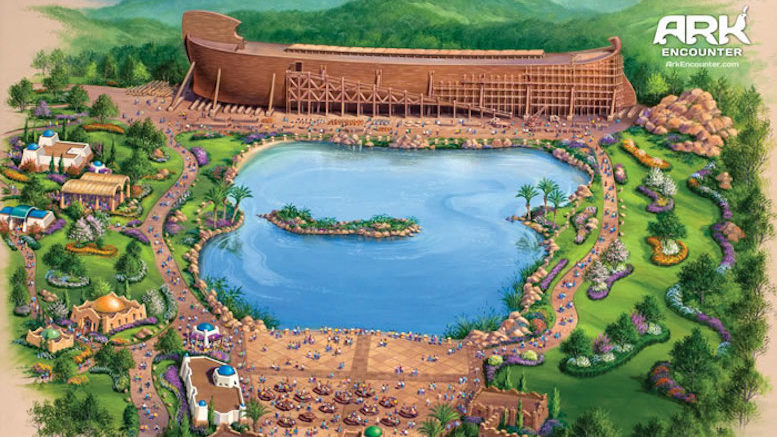 [Lexington, KY] A Noah’s Ark theme park due to open in 2016 featuring a full size replica of the biblical vessel is in jeopardy due to a disagreement between founder Answers in Genesis (AiG) and insurance companies over the size of premiums due for flood insurance coverage.

AiG CEO Ken Ham maintains the premiums are far to high given that his ark is able to withstand floods so severe as to kill every living thing on Earth not inside it. Meanwhile, insurers say the high local water table means the potential for damage in the case that nearby rivers break their banks is substantial and their premiums must reflect that. Insurers reportedly hardened their stance once they found out that the Ark contains expensive replicas of all known Dinosaur species in duplicate.

In related news, a Dutch-built full size replica of Noah’s Ark is due to set sail for Brazil from the Netherlands later this year. When asked if his Ark was also seaworthy, Ham was forced to concede that his land-locked ark was not, thus making it ‘quite lame’ in the opinion of most people.