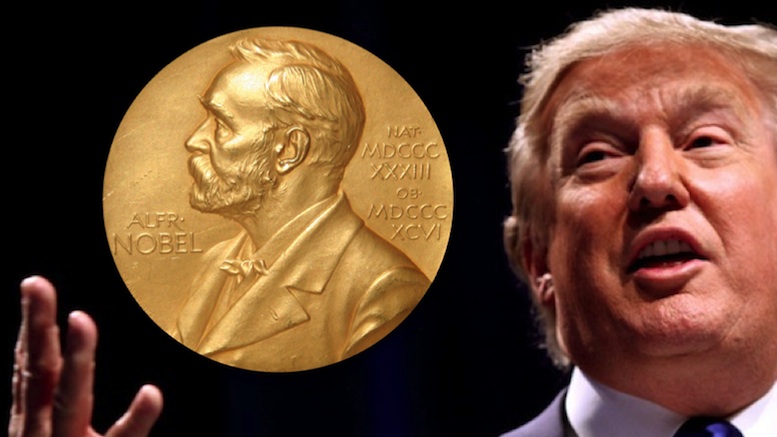 (Oslo, Norway) News that Donald Trump has been nominated for the Nobel Peace Prize has caused widespread outrage, but not in the country charged with selecting the shortlist and the ultimate recipient. In fact they are quite open to the idea, according to the chair of the Norwegian Committee which awards the annual Nobel Peace Prize.

“If being awarded the Peace Prize persuades Donald Trump to withdraw from public life, we can think of no better purpose.”

Though normally thought of as being in recognition of past actions benefiting humankind, the concept of proactively awarding the Peace Prize to influence future behavior is not new. In awarding it to President Obama early in his first term, the Noble Committee explicitly acknowledged their intent was to encourage him to fulfill his great promise throughout the remainder of his time in office.

“Similarly, in this instance we would award it hoping that it would make President Trump feel he has achieved enough on the world stage already, resulting in him stepping down immediately.”

In a reversal of their normal practice, his citation would highlight all the non-peaceful occurrences in the future that are being averted by his accepting the honor and disappearing from our lives altogether.

“Never before has someone been positioned to bring so much peace and joy to the world through his inactions.”