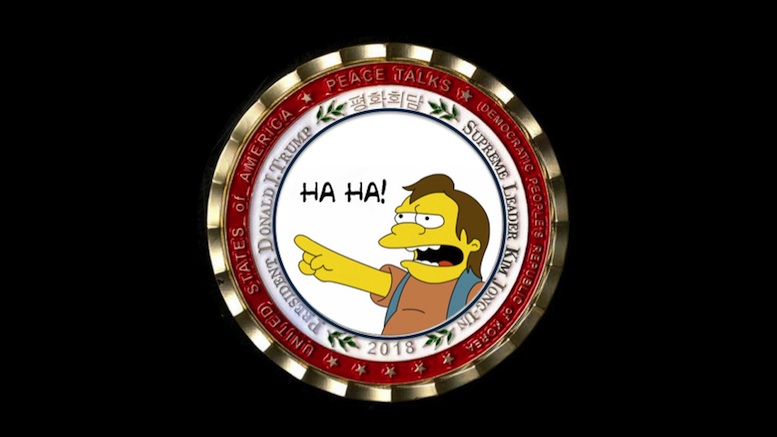 (Pyongyang, DPRK) After already being spoiled by the premature release of a coin to celebrate the now cancelled nuclear summit between the USA and North Korea, numismatists were given a further treat today with the release of a coin by the totalitarian nation in honor of the summit’s failure.

“Collectors of tacky political memorabilia in minted form have never had it so good.”

The release of the coin was officiated by none other that Kim Jong-un himself.

“With this coin I say in the words of that great statesman, Nelson, “Ha Ha” to the Dotard.”

It is not expected to have as great a value as Trump’s coin, however, as coins issued by mistake tend to be worth more.

“It seems clear Lil’ Rocketman knows exactly what he is doing.”