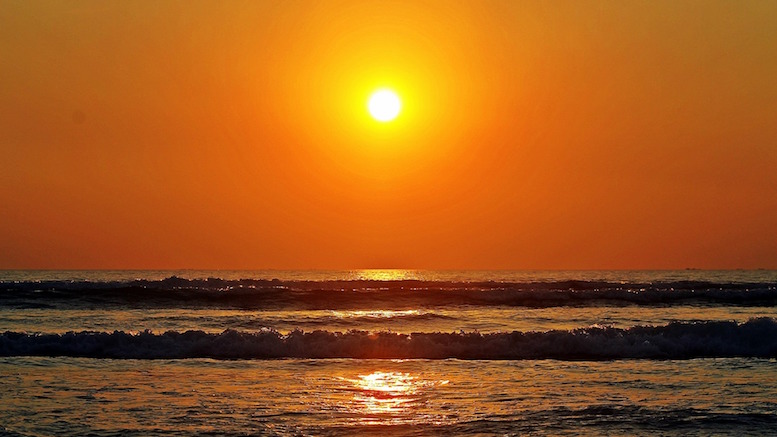 North Korea continued its strategy of provocation today with the announcement to its citizens of a fearsome new weapon that will have its enemies hiding in the shade.

Clearly proud of the achievement, Kim Jong-un gushed over the latest device developed by North Korean scientists in addition to their fledgling nuclear weapons program and rockets that sometimes make it as far as the sea.

Called ‘The Sun’, the anti-capitalist armament kills westerners by causing cancers if exposed to its deadly rays for too long. Kim explained to a rapt audience how his new megaweapon is even capable of enveloping the entire Earth, though he admitted that will take some time.

This is considered the most innovative weapon to come out of the regime since North Korea hurled a giant rock from outer space at Russia in 2013. Kim apologized for the famine during that period but said setting up space-based offensive capabilities was expensive, and noted that he was more successful in it that Reagan was with Star Wars during his father’s time in charge.

Kim also revealed that another hi-tech megaweapon has been deployed which torments other countries by showering water upon them, though why he would seek to punish Ireland so much remains unclear.