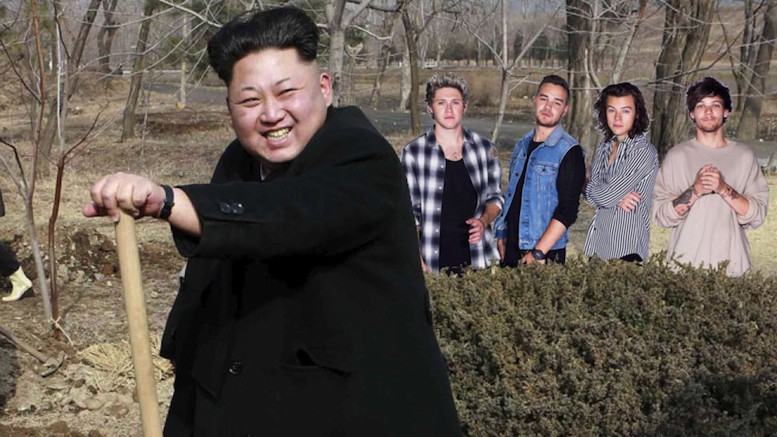 [London, UK] The British/Irish hitmaking band One Direction has reportedly been abducted by what are believed to be agents of the North Korean Government, who took advantage of fans’ attention being occupied by the release of ex-bandmember Zain Malik’s solo album.

The move appears to be the latest power play by North Korean leader Kim Jong-un, which follows a series of aggressive postures in defiance of World opinion.

Intelligence on the dictator’s motives is hard to come by, and it is not entirely clear at this stage if he abducted the boy band to use as leverage against the West, or just wanted them to sing “What Makes You Beautiful” to him on his birthday.

A picture released by the state-controlled Korean Central News Agency (KCNA) appeared to show all four bandmembers in good health, though Harry Styles looked like he was feeling a bit chilly.

If Kim Jong-un indeed plans to release them in return for concessions, he may find that it backfires, as many are already calling for sanctions to be lifted only if he promises to keep them.